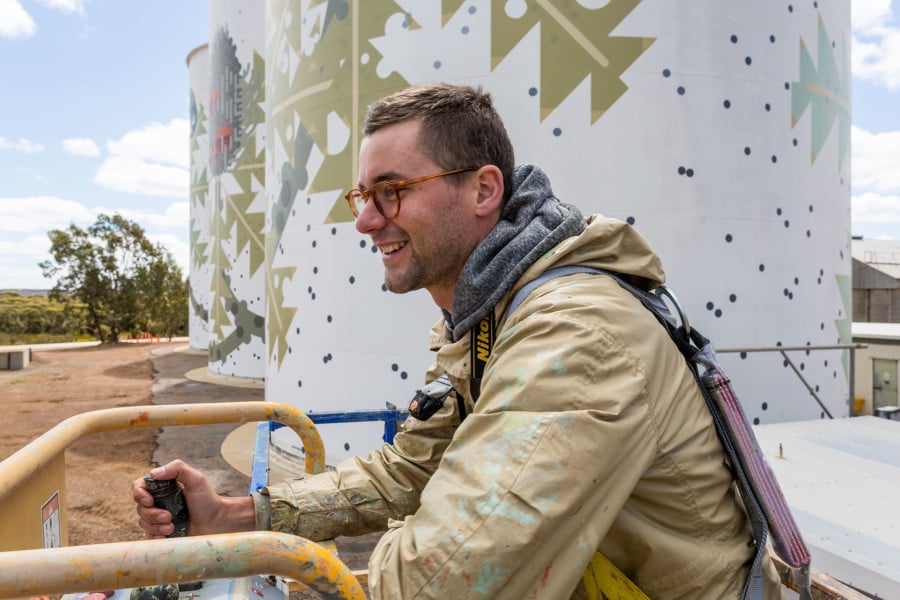 Amok Island (born Amsterdam, 1983) is a multi-disciplinary artist from the Netherlands, based in Fremantle, Western Australia and if he wasn’t an artist he would be a biologist. Heavily inspired by early naturalists’ scientific illustrations, his work embodies the accuracy and precision representative of technical drawings, used for identification purposes.

Amok Island’s practice spans painting on canvas, screen prints, large-scale murals and sculptural work. He has exhibited his work in The Netherlands, Japan, and Australia and painted murals in over 20 countries worldwide. In 2015 the Wide Walls website listed him as one of the top 10 Dutch urban artists. Since 2013 Amok Island has begun various ongoing sculptural projects using stainless steel and concrete, submerging concrete letter sculptures in various marine environments around Western Australia, and documenting the process of nature taking them over.