A creative project transforming country infrastructure into sites of world class mural art. Over the past three years the PUBLIC Silo Trail project has created murals on grain silos in Northam, Ravensthorpe, Merredin, Albany, Newdegate and Pingrup, and on public walls and transformer boxes throughout Katanning.

Take art out of galleries. Daub it thrillingly high and deliciously differently. Make it far flung. Monumental. Visible from remote highways and over treetops. Emblazon it in unexpected places. On CBH Group grain silos. Farming infrastructure. Make it art that tells a story- about a people or a place. About the budding cycle of its wildflowers, the beautiful species of seadragon found only off the coast. Create a trail that invites people to explore Western Australia and you have the PUBLIC Silo Trail. 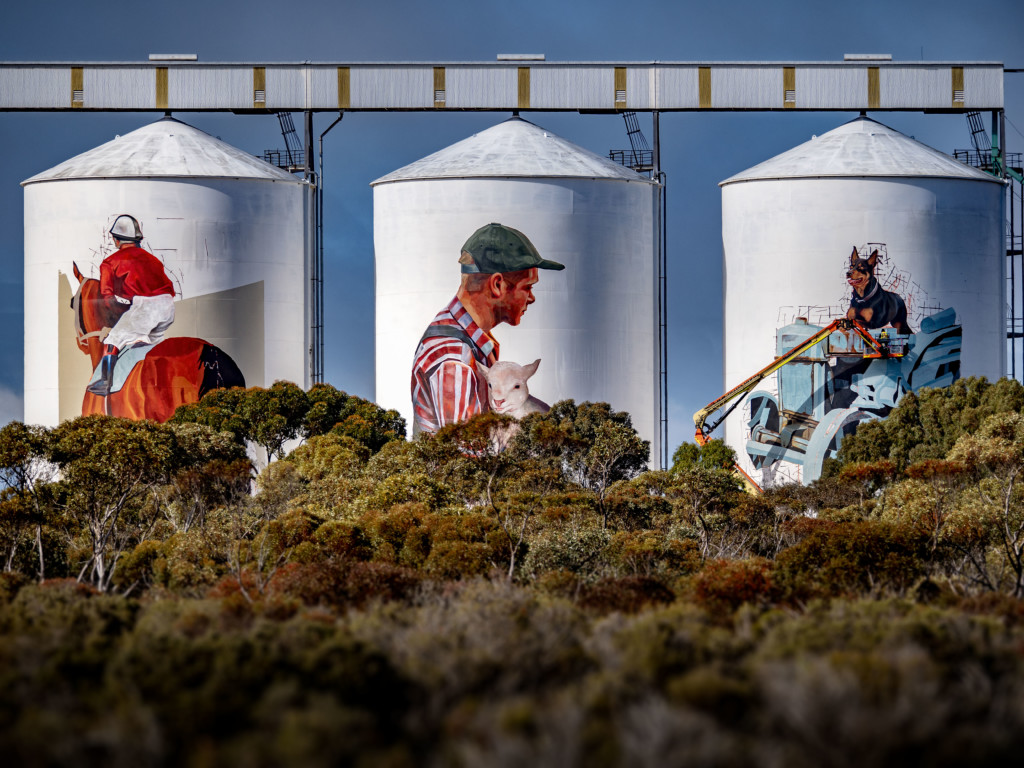 These towering agricultural landmarks, visible for miles around, are a source of pride for their host towns, and also a drawcard for road-trip adventurers. What better way to get off the beaten track and spend some time in some of Western Australia’s most welcoming and down-to-earth communities.

Completed in 2018, this permanent, open-air, truly PUBLIC ‘gallery’ links rural and coastal towns across Western Australia’s southern regions, a game changer for bringing renewed emphasis to the positive perceptions of the regions, their people and industries, and the unique canvas they provide.

PUBLIC’s visible legacy is spread across silos, street walls and on Western Power electrical transformer boxes from Northam to Albany. The invisible legacy – just as powerful – is the chance for the tight-knit communities of the Wheatbelt and the Great Southern to build a cultural tourism experience which captures the hearts and imaginations of every visitor to the regions; and which expresses the work ethic and resilience of the regions. 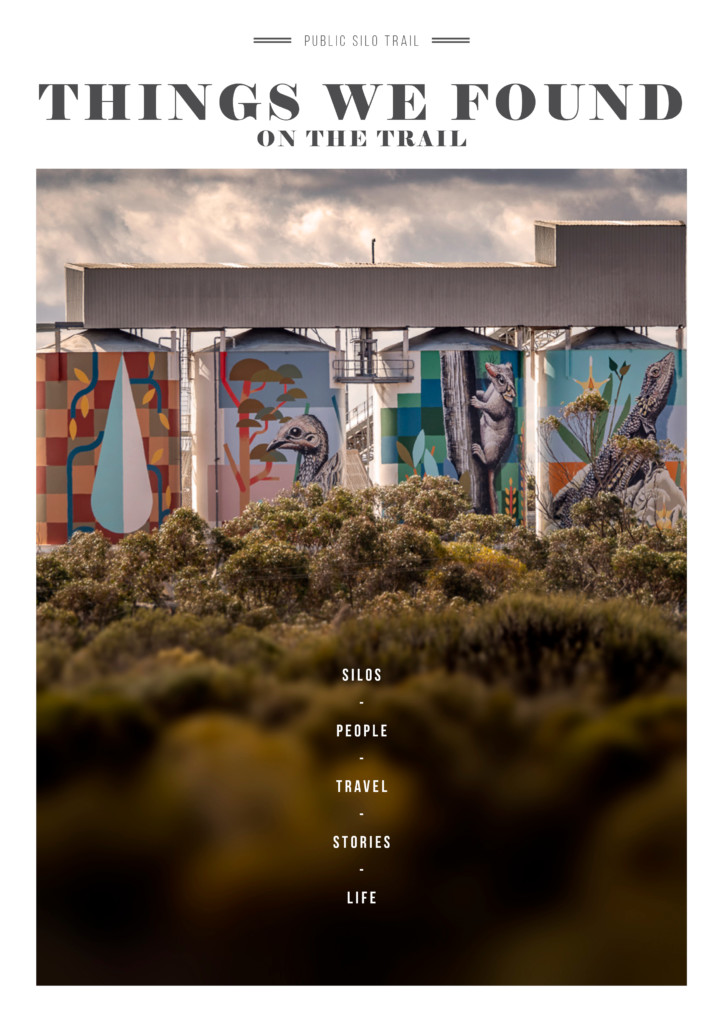 Project initiated and delivered by FORM
in partnership with CBH Group

Thank you to our photographer Bewley Shaylor and our
videographer Peacock Visuals for documenting every step of the trail.