Thirty-eight metres high. Ten in a row, in the middle of a fully working CBH Group receival site.

Across four huge silos, Phlegm perched on the extended arm of a boom lift, and using brushes strapped to a long pole, rendered his signature whimsical characters in fantastical transportation devices.  HENSE, working simultaneously across an equal number of silos, produced his customary abstract patterns in explosive blocks of fluoro colour.

Meanwhile, the CBH grain trucks arrived and departed, and the site continued with business as usual – except – not quite. It’s not often you see a truckie pausing to lean out of his cab window to take a few photos – which he then says he’ll post on Facebook. But during this art frenzy, this was happening several times a day.

*Please note CBH Northam Grain Terminal is a fully operational grain handling site, with trucks and loading equipment constantly in use. The site is not open to the public. A safe viewing area on Toodyay Rd does not currently exist, however plans are in motion to establish one in the near future. We appreciate your continued patience.

Photography by Bewley Shaylor, 2015 and film by Peacock Visuals, 2015.

“The Last Swans” by Amok Island

Northam’s newest mural artwork was completed in November 2020 on Northam’s historic Flour Mill. A well-loved landmark of historical significance, the Mill has provided employment for the people of Northam and surrounding area for over 140 years, and was responsible for generating Northam’s first electricity. The featured artwork “The Last Swans” by Amok Island pays tribute to the only white swans living in the wild in Australia, and their home on the banks of the Avon River. 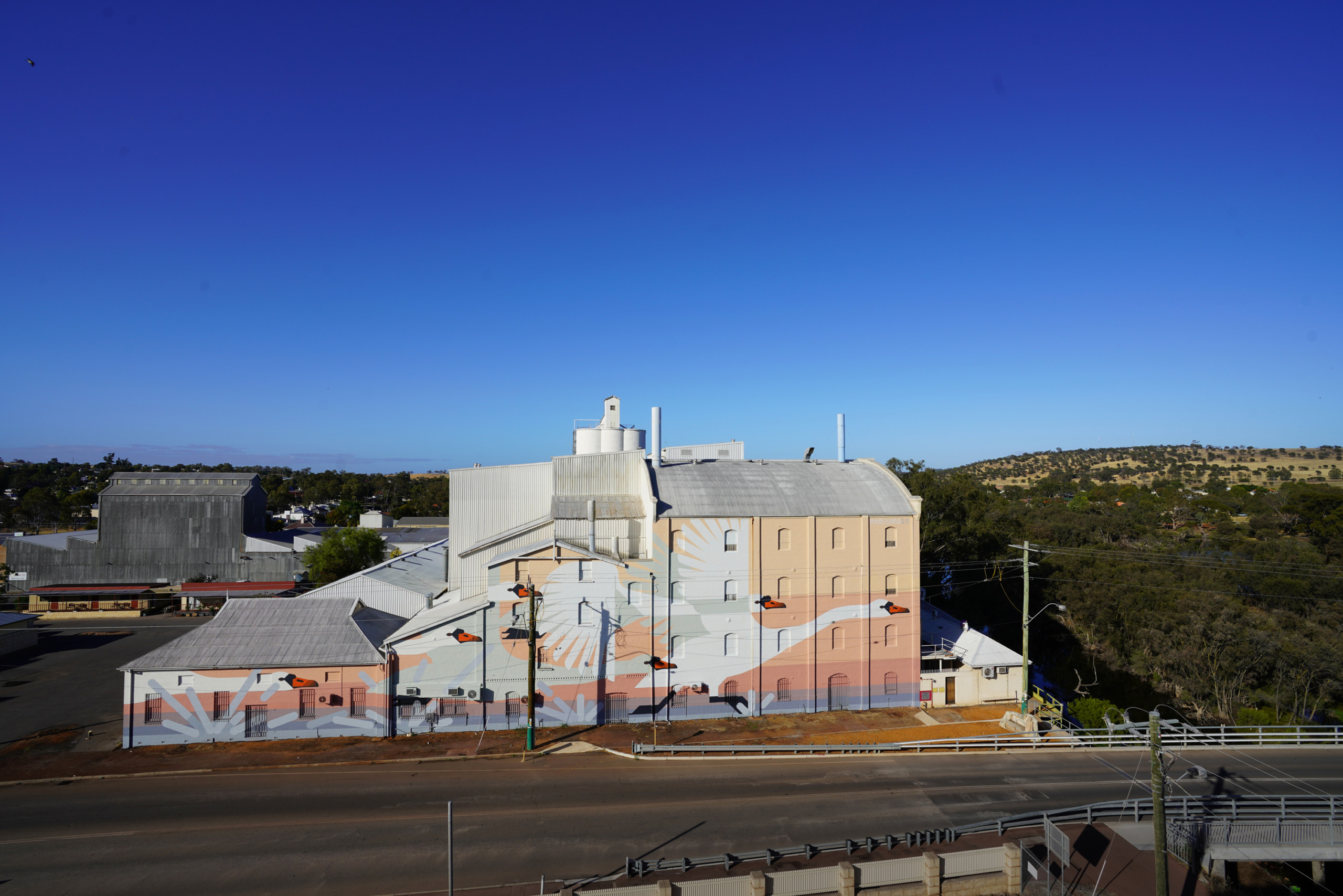 Northam Flour Mill by Amok Island. A project executed by FORM in partnership with the Shire of Northam, CBH and Mauri. Photo courtesy of Amok Island. 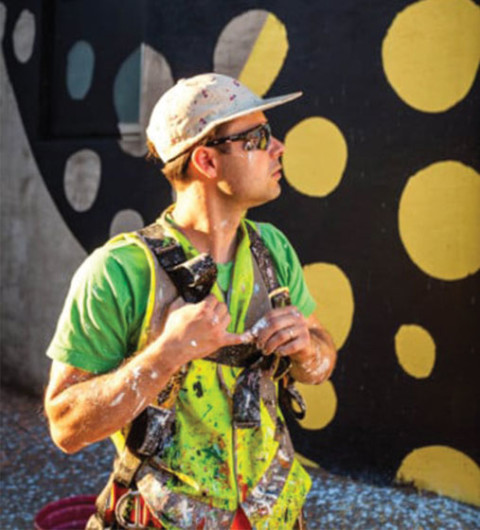 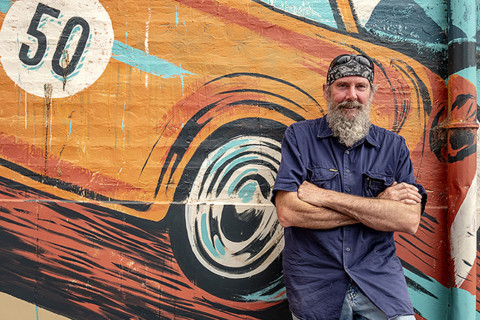