Western Australia’s southernmost port city has a wealth of urban art to delight the visitor.

There’s the ruby sea dragon (Phyllopteryx dewysea) on massive silos by The Yok & Sheryo down at the port, and then in the city centre, a variety of murals by local and international artists.

The first wave of this creative takeover began in April 2016 with urban artists from Europe, Tunisia, Australia and the States getting together with local talent to give buildings and alleyways around York Street a makeover as part of FORM’s annual PUBLIC festival of urban art.

Then in 2018, the dynamic duo The Yok & Sheryo took on the CBH Group grain silos, and referenced Albany’s pristine environment and sea-life with one very happy-looking marine creature (and local resident), the ruby sea dragon.

Photography by Bewley Shaylor, 2018 and film by Peacock Visuals, 2018 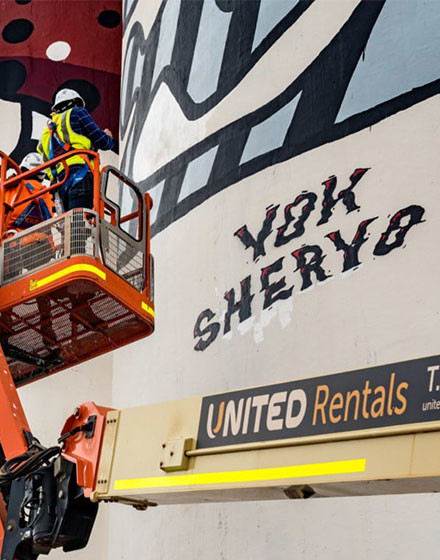